What Is Barnabas International?

Barnabas International exists to edify, encourage, enrich, and strengthen servants in ministry. We creatively seek ways to fulfill our charter through a variety of ministry models. We are pastoral care providers, shepherding the hearts and souls of God’s people. Our ministry priorities are targeted toward global servants, pastors, national church leaders, and their families.

We are committed to providing encouragement to those in ministry worldwide in the following ways:

We travel to the fields of service to provide an "on site" ministry of presence.

We ask questions, taking time to listen to the servant's story.

We minister the Word of God through preaching and teaching as pastoral care providers.

We believe that encouragement is fundamentally a gift of grace.

PASSION FOR GOD AND HIS PURPOSES

THE TRIUNE GOD AND TRUE COMMUNITY

We are created for relationship by the Triune God. Therefore, we encourage and support each other so we might authentically and effectively serve God's global servants.

CHRIST AT THE CENTER

Jesus Christ is the image of God. He loves us, knows us, and redeems us. When God's global servants are renewed in their faith in Him, they are empowered to follow Him.

THE WORD OF GOD SATURATING OUR MINISTRIES

THE GRACE OF GOD FILLING ALL WE ARE AND DO

God's grace in Christ moves us to grace one another. Through ministry centered in grace, God's global servants are strengthened and his Kingdom grows.

Following Jesus, our Good Shepherd, we care for God's global servants with shepherd hearts so they will be encouraged and built up, and when necessary, restored.

Barnabas International is named after a first-century disciple. You'll find his story beginning in Acts 4:36. He's mentioned often in the book of Acts; in fact, only Paul and Peter are referred to more frequently, yet most people don't even know his given name. Why is this? Barnabas lived to serve others. His given name was Joseph, but the Christians nicknamed him "Barnabas" because it meant "son of encouragement." Barnabas came alongside people in times of challenge and helped them (see Acts 9:10-28 and Acts 15:36-39).

It is the hope of each Barnabas staff member that we, like this disciple, might be people of encouragement. The goal of Barnabas International is to equip, edify, encourage, and enrich God's servants so that they are refreshed in their souls and renewed in their service. 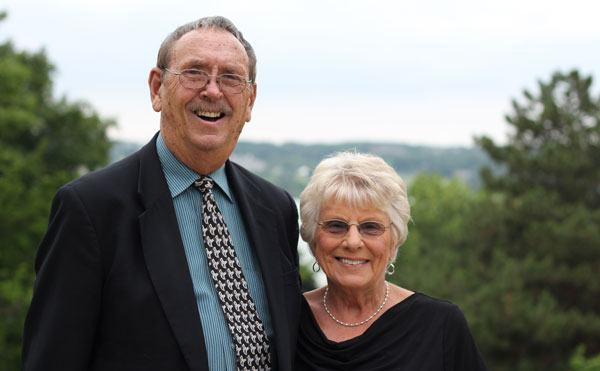 It was early spring of 1986 when Lareau and Evie Lindquist had a two-week assignment with the Wycliffe Bible Translators in Colombia, South America. They were unexpectedly detained in a remote area of the jungle, Cona Colorado. During the evening and late into the night as they were walking the small airstrip, the concept of Barnabas was born.

Lareau and Evie had had many opportunities for service over their years together, but the Lord was moving in their hearts to consider a ministry of encouragement to God's servants overseas. After much prayer, Barnabas International became a reality on July 7, 1986.

The Lord pulled together a supportive Board of Directors, and the ministry of encouragement, enrichment, and edification was put into action. The focus was those in international ministry, national church leaders overseas, ministry workers in the States, and Christians in general.